We want to hear from you!

Why Go Anywhere Else? 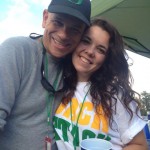 Our family LOVES Dr. Burket! Best experience with him delivering both of our babies! Was there from start to finish with both kids. He even came at 1 in the morning to deliver our son when he was technically still on vacation. Easy to get into, easy to talk to, office staff are friendly and helpful. I recommend everyone I talk to to Dr. Burket.

Dr burket and his entire staff are amazing. I love them all. It’s like you don’t want to lease you are having such a great experience. It’s more like you are at a friend’s house visiting rather than at a doc/dental appt. Ruby rocks. Cleaned my teeth like no other. She is a dental dynamo. Sweet, kind, funny, smart and great taste in music. She pried the plaque off my teeth while jamming to led zepplin. Bam!

Wow, I have been searching for a family doctor and pediatrician for years. We’ve finally found one we all love! We had our first appt today and he went above and beyond for us and spent extra time with us. He answered all my questions confidently and was very knowledgeable. I was tending to my 4 month old son and Dr Burket distracted my very energetic 2 year old daughter and gave her a “balloon” glove with a smiley face on it. And one of his nurses offered to watch my son while I took my 2 yr to the potty. Not to mention I can get a same day appt with him if my little ones are sick, oh and he gave me his cell number! Just a few examples of our outstanding experience! I’m so relived and happy we found Dr Burket! 10/2015

We love hearing from you!  Please see our Facebook page to write about your experience.  We know you’ll love your care!

…IN THE BEGINNING….Dr. Burket was born in Iowa City, Iowa, but when he was just a two years old, his parents moved to Riverside, California where his dad, a Dermatologist, began his practice. After a few short years the family moved to Medford, Oregon. Dr. Burket senior, built a Dermatology practice and served the community for over 30 years. He also taught classes in Dermatology at Oregon Health Sciences University in Portland, Oregon. Dr. & Mrs. Burket Sr. have 6 children. 3 are physicians (one of which is Dr. Bradly Burket), & 3 are business owners. 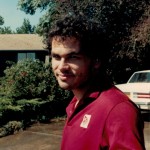 1981-1985: Dr. Burket attended Willamette University in Salem, Oregon where he earned a Bachelor of Science Degree in Biology.

After graduating from Willamette University, Dr. Burket was accepted into Oregon Health Sciences University’s Dental School in Portland, Oregon. There he earned a Doctor of Dental Medicine Degree. (D.M.D.) 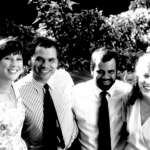 Early in his junior year of dental school, he made the decision to apply to medical school, also at OHSU. Since he’d completed over 2 years of dental school, he completed his dental degree with the notion that he would practice dentistry and medicine in a small community. After graduating in June of 1989, he then matriculated at OHSU’s School of Medicine in the fall of 1989.
In 1990, during his sophomore year of medical school, Dr. Burket married his wife, Julie, whom he’s known since 7th grade.

During his senior year in medical school, Brad and Julie welcomed their first son, Quinn. By then, Brad decided to specialize in Family Medicine. He was accepted into one of the nation’s top rural training Residency programs

The Burkets packed up their few belongings and moved to Greeley, Colorado where Dr. Burket attended Northern Colorado Family Medicine Rural Residency program. Brad and Julie were thrilled with the news that their 2nd son, Hayden, would be joining them the next fall. 1994 was the hottest summer on record in Colorado, so Hayden’s arrival was not soon enough…Brad was on call and at the hospital for a weekend, and Julie went into labor. She loaded up Quinn, their Black Lab, Clyde, and drove to the hospital. Julie’s doctor didn’t make it in time and Brad had the honor of delivering Hayden!

Finally out of school and residency, the Burket crew was ready to have “daddy” start working in the ‘Real World.’ They headed back to the west and moved to Prineville, Oregon. At last, Dr. Burket could provide medical and dental care to residents in a rural setting. He was able to utilize his surgical and procedure training and he also served as Chief of Obstetrics for many years. Brad and Julie welcomed their 3rd child, a daughter, Skylar, while living in Prineville. Brad also had the wonderful experience of delivering their baby girl, born just 51 minutes after arriving at the hospital. 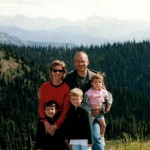 After settling in Prineville, focusing on his practice and raising kids for 6 years, the Burkets moved their family to Bend. Avid skiers, the family was anxious to be close to Mt. Bachelor, and the mountain lakes in the summer. They opened up the medical/dental practice in the fall of 2002 on Wyatt Court. In 2007 they purchased the building of the current practice.

One of their biggest joys in their lives was adopting their daughter, Adah, from China in 2005. The family traveled to China to welcome the newest family member…Adah Jan Burket. 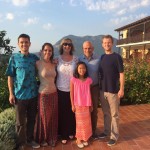 In 2009, Julie started Right at Home In Home Care. She has experienced continued growth and success and has achieved status in The President’s Circle, a corporate award earned for revenue benchmarks, and building an exceptional agency in the industry.

Dr. Burket and Julie are looking forward to the next phase of their lives. With a college graduate and 2 kids at University of Oregon, and little Adah in Middle School, they can breathe a little easier and enjoy Central Oregon a little more.  The family enjoys Oregon Duck Football, Duck hunting, skiing, fishing, and traveling. 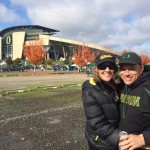 After 25 years and bringing an estimated 2500 babies into the world, Dr. Burket and Julie made the decision for him to stop providing Obstetric care in July of 2015. Although Dr. Burket has loved every minute of delivering babies, he and Julie are ready to spend more time together and to actually drive one car to their social events! Dr. Burket continues to provide care for newborns through adulthood. 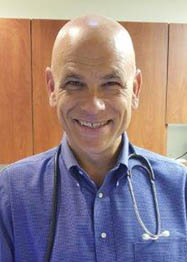